A Response to Place 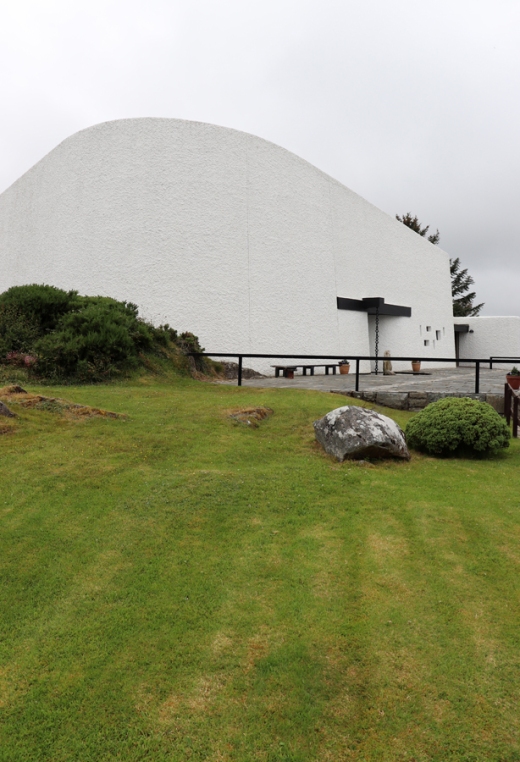 Really, it’s the ultimate expression of architecture as sculpture as terrain. The design of St Michael’s Catholic Church in Creeslough, County Donegal, owes as much to its humpbacked Muckish Mountain backdrop as it does to Le Corbusier’s Notre Dame du Haut in Ronchamp and abstract art. It is one of seven churches in the county designed by Liam McCormick in the second half of the 20th century.

Dr McCormick said in 1978, “I like to go and absorb the characteristics of the site, to steep myself in the quality and the character of the place and pick up some element which will give me a clue for the building.” The rugged landscape was clearly the clue to designing St Michael’s. 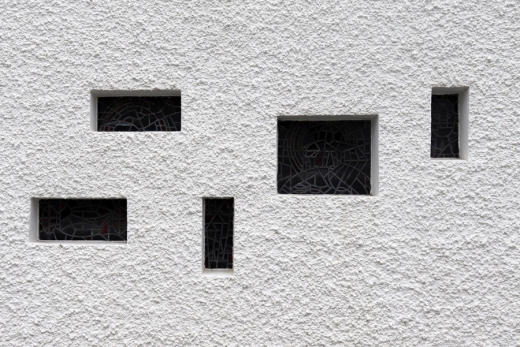 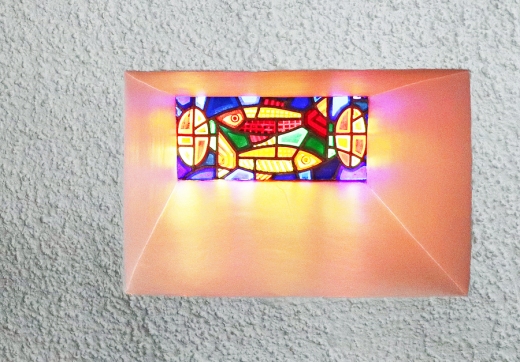 In place of the traditional cruciform layout, St Michael’s is an innovative fan shape, physically drawing the congregation together into one democratic space. The architect was particularly adept at capturing light in unexpected ways. Cue an idiosyncratic wall-to-window ratio and relationship. For example, a cluster of small windows filled with stained glass by artist Helen Moloney on the northeast elevation contrasts with great expanses of white rendered wall on the south elevation.

The single storey flat roofed residence next door to the church is surely by Liam McCormick as well. Its simple form and punched window openings, a reinterpretation of the vernacular cottage, would make a good prototype for contemporary dwellings. In the early 21st century MacGabhann Architects are keeping the torch lit | carrying the mantle | upholding the tradition of thoughtful design in County Donegal. 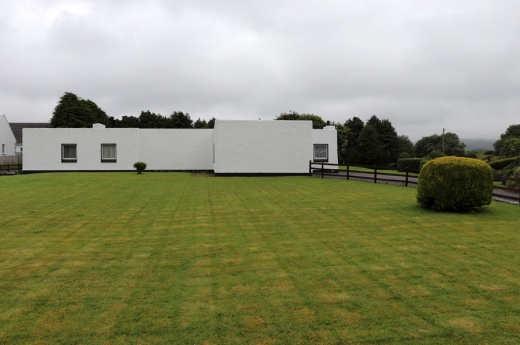