The War is over, the party’s begun. It’s a sepia tinted festival for the upper echelons. Goodwood Revival is all about the fashion dancing racing. Every September the West End comes to West Sussex as the Earl of March throws open his estate for a three day race meeting. Punters become actors as it’s staged in period costume to create the romance and glamour of Post War racing. Cutting lots of dashes in vintage threads, halcyon days have returned. The weather is glorious.

The dungarees and headscarves of Land Girls are everywhere – but wait – did Carmen Miranda just stride by? Pill box hats, poodle skirts, herringbone tweed, penny loafers: everyone has gone to town (and country). The War may be over but there are still plenty of military uniforms to be worn with panache. Five fashion shows a day compete with just as much dressing up off the catwalk. Shops along Fashion Parade offer the chance to update or rather backdate one’s wardrobe even more. Dressed to the Nines (teen Forties, Fifties and Sixties), it’s like wandering through the film set of Brideshead Revisited. Is that Aloysius in a pram?

After inspecting vintage cars being repaired in the Paddocks enclosure and watching a few races from the Grandstand, one can join in the action on the fairground rides Across the Road. One can get one’s skates on and join in more action at Butlin’s Ballroom Roller Rink. After all that action, there’s always pie + mash at the Spitfire Café followed by the movies at Revival Cinema.

Wait again – the best action is yet to come! Goodwood Revival doesn’t just reverberate to the howl of potent engines and the roar of RAF displays. Inside the Richmond Lawn Marquee, there’s the beat of Big Band sounds accompanied by synchronised boogying, twisting and turning to the Charleston, the Jitterbug, the Shim Sham. The band plays Tired of Being Tossed Around and everyone ups their moves. Suddenly the wild girls of St Trinian’s take the dancefloor by storm, led by their Vice Headmistress swigging from her hip flask. Screw lacrosse. She’s got the moves. Who needs a jasmine and rose G+T at the Bloom Gin Garden when you can BYO? 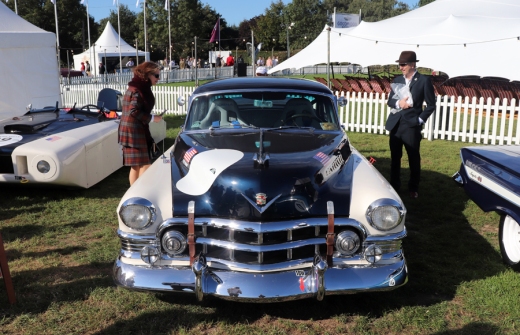 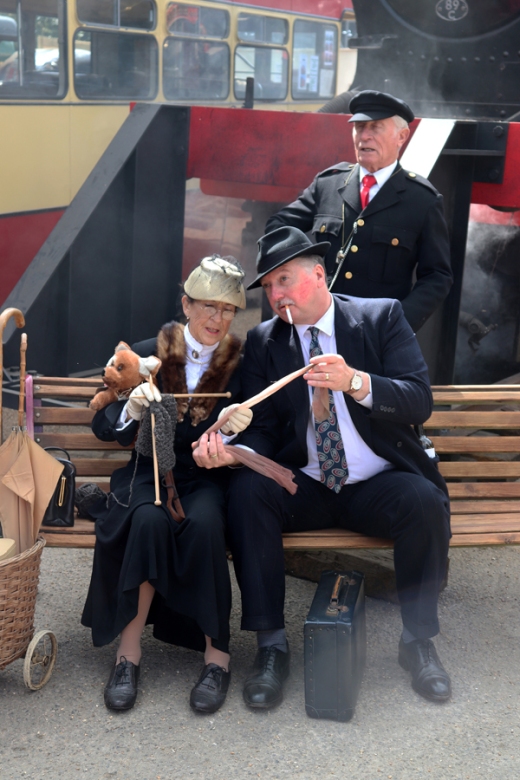 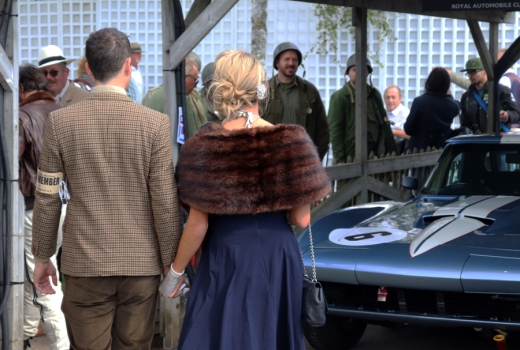 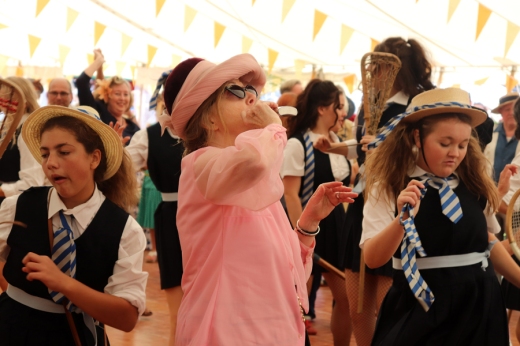 And now, a message from the Earl of March’s father, the ‘Station Master’, 11th Duke of Richmond: “Goodwood Motor Circuit was created immediately after World War II by my grandfather Freddie, the 9th Duke of Richmond, and the first race meeting was held here on 18 September 1948. I remember coming here as a boy to watch the likes of Graham Hill and Jack Brabham race. After the circuit was closed to racing in 1966 (due to my grandfather’s safety concerns), I grew up determined to bring it back, and we finally succeeded in that aim in 1998, when we staged the inaugural Revival. It is a particular delight for me, then, to welcome you to the 2018 Goodwood Revival: the 20th anniversary of our annual ‘step back in time’ and 70 years since motor racing at Goodwood first began. 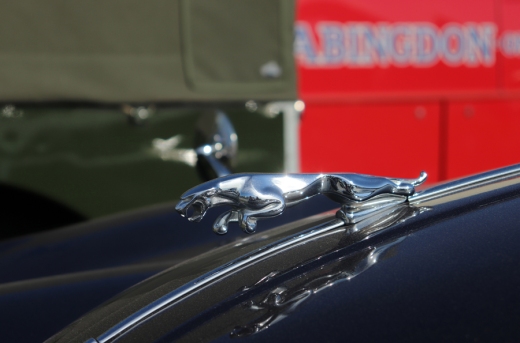 Our celebration of the anniversary this weekend sees us host a parade of dozens of former Revival winners: from Ludovic Lindsay at the wheel of ‘Remus’ right up to victorious car and driver pairings from this year’s event, we will have a huge variety of winners on the circuit. We’ve also produced an anniversary book, Twenty Glorious Years, which you’ll find on sale in the Goodwood Shop.

Aside from our own anniversary celebrations, we’re also remembering Rob Walker – the most successful privateer team owner in Formula I history, and a regular entrant (and winner) at Goodwood. Look out for his distinctive Scots blue and white race livery around the Paddocks as well as in our special Rob Walker Racing Track Parades over the weekend. And, as many of you will know, this is the centenary year of the Royal Air Force, so we’re paying tribute with a special RAF themed Freddie March Spirit of Aviation. During the War, a fighter base, RAF Westhampnett, was built on the Goodwood Estate, and played a key role in the Battle of Britain. Later, the Motor Circuit itself was created using the base’s perimeter track. I’m very proud of the Estate’s historic links to the RAF and delighted to have the RAF Benevolent Fund as our official event charity.

It’s thrilling that the Revival has reached its 20th anniversary. The success of the event is a testament to the great support we’ve had over the years from our entrants, drivers, riders and mechanics; from our sponsors and partners; from the members of the Goodwood Road Racing Club, which is also celebrating its 20th anniversary; and of course, from you, our enthusiastic guests. I hope you all thoroughly enjoy the weekend.” 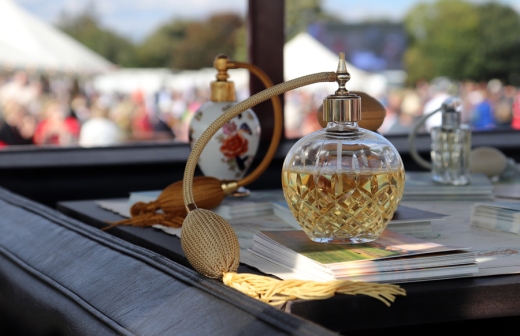