Midday in the Garden of Good and Evil 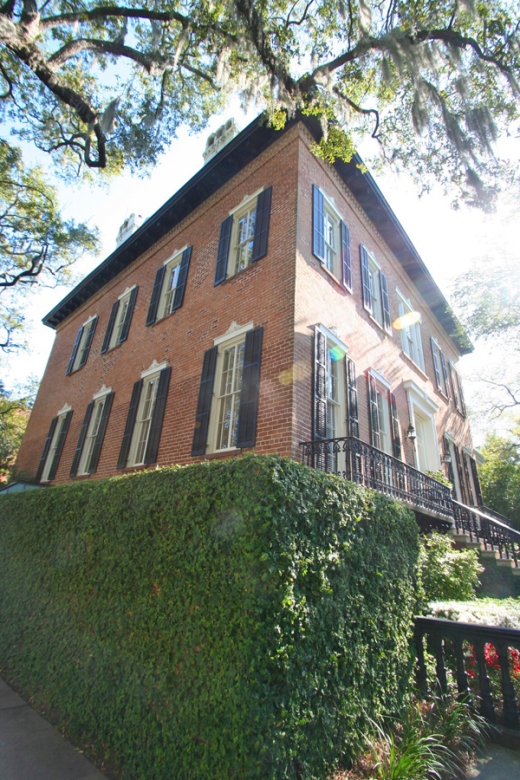 Savannah may be famed for its St Patrick’s Day revelry, the second largest in the US, but hot on its heels every year comes another celebration: Savannah Tour of Homes and Gardens. Presented by (breathe in) The Women of Christ Church and Historic Savannah Foundation in cooperation with Ardsley Park Chatham Crescent Garden Club (breathe out), this venerable tradition has been a highlight of the city’s calendar for more than three quarters of a century. 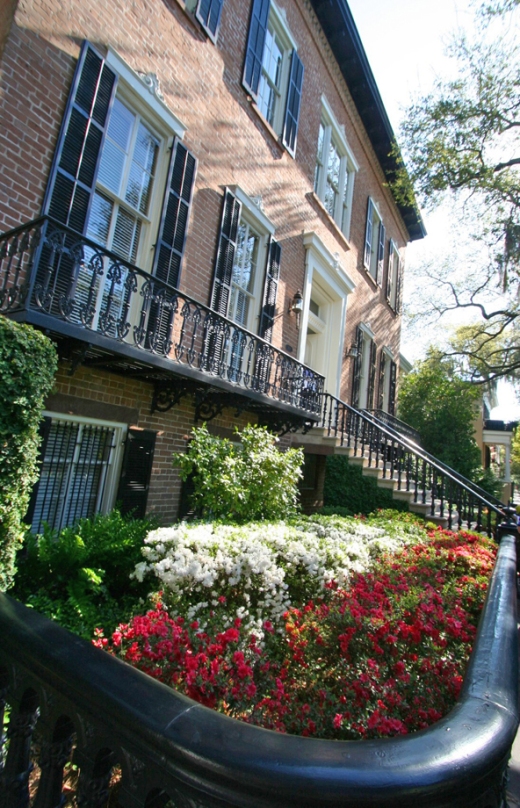 Each year, a selection of Savannah’s finest residences is featured on the tour. It’s quite a status symbol to have your home included. Crowds make their way across the city’s famous squares which mostly aren’t as large as you might think. More Soho Square than St Stephen’s Green. Like everything in Savannah, half the fun is meeting the people. Earlier in the day we got talking to the table next to us in Café Scad. “Eliza Thompson Inn,” we responded when asked where we were staying. “Ah – it’s haunted! Eliza? She’ll make ya dance!”

The formidable Women of Christ Church were no exception, revelling in their role as guides alongside the indomitable maîtresses de maison. “Y’all, we tell everyone that’s Vivienne Leigh’s grandmother!” exclaimed one, pointing to the portrait of a feisty brunette over the fireplace. “We’ve no idea who she really is!” Many of the homes were ideal for one way circular pedestrian flow thanks to steps leading up to an entrance door on the piano nobile and a secondary exit at street level. Woe betide anyone who walked across a manicured lawn. Or tried to skip a room on the heavily policed circuits. We accidentally – honestly – missed a front parlour. We were instantly summonsed back: “Y’all get back inside ya little lawbreakers!” Meek obedience seemed like the safest response, stopping to purposefully admire the oh-so-perfectly arranged Fabergé dinner set en route.

Every interior style – House and Garden, Period Living, Wallpaper*, World of Interiors – was represented. Behind one of the shuttered antebellum exteriors was a gallery of Jeff Koons sculptures. A colonial façade gave way to enough Beidermeier to stock a small museum. “A palm tree growing in a dust bin,” announced an august guide with a straight-as-a-poker face. “Just a typical teenager’s room.” A few doors down, an exquisitely apparelled hostess whisked us into her house with a powerful sweep of her modestly white gloved hand. “Welcome to the grandest house on East Jones Street!”

“I’ve painted the front door red,” stated another. “What’s the significance of red?” she demanded. “Eh, danger?” we gingerly suggested. “No, why no, it’s for Southern hospitality!” and swiftly guided us onto the pavement. With that in mind, we headed off into the afternoon sunshine for some grits and shrimps on Monterey Square, washed down with iced margaritas. Dinner – Cajun blend of crawfish at Alligator Soul or crab stuffed Portobello at Paula Deen’s The Lady and Sons? First world problem.