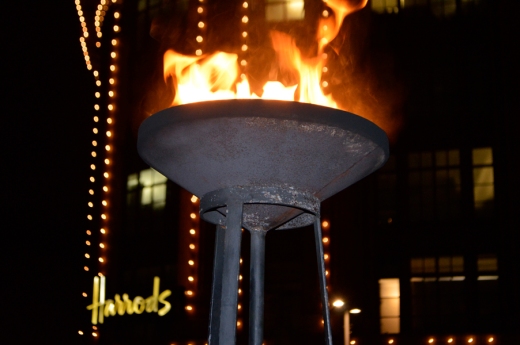 There are the golden postcodes of Belgravia, Chelsea, Kensington, Knightsbridge and Mayfair. Then there is the platinum Knightsbridge address of Basil Street, sandwiched between Harrods and Harvey Nics. Bronze torches light the winter’s night. Silver railings cordon off a red carpet. Welcome to The Lansbury. Beware, the bling ends at the front door (except perhaps for beetroot macaroons at the launch party).

Developer Finchatton’s latest offering is a slender sliver of a corner apartment block rising six (visible) storeys. Walls hewn from sandstone form a deeply incised but relatively unadorned skin. What a welcome relief (no pun) from the brick Accordia-lite which has come to dominate domestic architecture in the capital. Shallow rectangular projecting bays provide a nod to nearby mansion blocks. The Lansbury’s architecture has a restrained permanence, the antithesis of pop up culture. It doesn’t compete for attention with its chunkier period neighbours. Period. Instead it commands material consideration (stop the puns!) through quality and subtlety. 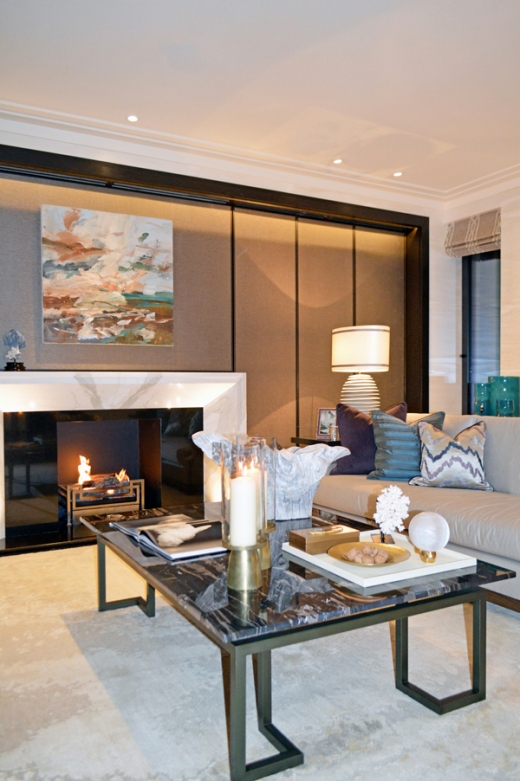 “Our style is very considered,” says Andrew Dunn, one half of Finchatton’s founders. “It’s not blingy and bright and flashy. The Lansbury embodies our core values: utmost quality and attention to detail, contemporary design with reference to heritage and longevity, and exceptional servicing.” Co founder Alex Michelin adds, “Everything’s custom made and bespoke. We designed every single piece.” As it turns out, even the napkins.

The look is art deco influenced. The ethic is arts and crafts inspired. The art is intrinsic to the whole. “It’s a slightly different organic sensibility,” says Jiin Kim-Inoue, Finchatton’s Head of Design. “Harmonious, inviting, an almost lived in look… The rooms shouldn’t be loud, not with such an incredible view.” Across the road, golden illuminated letters shout “Harrods!” “We’ve used fibres such as wool, cashmere and horsehair, combining them with metals and other natural materials to create cleverly textured surroundings. Walnut and polished sycamore work with bronze, brass and steel. Nero Argento marble and crystal sit alongside buffalo horn and shagreen.” 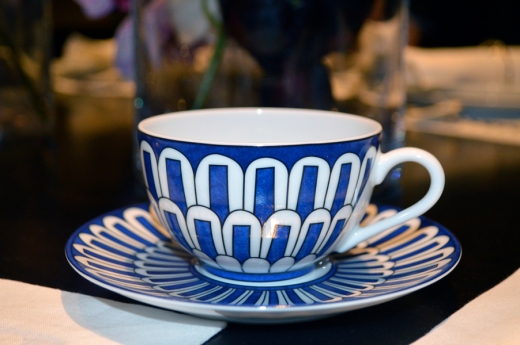 The upper level of the 280 square metre duplex penthouse opens onto a roof terrace, an airy eyrie. Seating is arranged round a glass floor which doubles as the kitchen ceiling below. Spying on the chef has never been so easy. Later in the evening, a purchaser will pay a cool £1 million over the asking price for the penthouse. The communal elevator descends past three 170 square metre lateral apartments and a 130 square metre duplex apartment before reaching the ground floor triplex. This apartment dramatically drops two storeys below ground. Only in London would subterranean living be a high. One lower ground floor bedroom overlooks a three storey void; the other, a living wall in a light well. A cinema, gym and temperature controlled wine cellar – must haves – occupy the lowest level.

The Lansbury is timeless yet capable of registering the passage of time. The concise correlation between outer order and inner sanctum is a deeply felt subliminal recognition. Finchatton establishes a layered yet cohesive language through an association of material and space, a sense of balance, an understanding of the uplifting effects that space and light have on the human spirit.

As John Bennett wrote, “Wherever men have lived and moved and their being, hoped, feared, succeeded, failed, loved, laughed, been happy, lost, mourned, died, were beloved or detested, there remains forever a something, intangible and tenuous as thought, a sentience very like a soul, which abides forever in the speechless walls.”

2 Responses to Finchatton + The Lansbury Knightsbridge