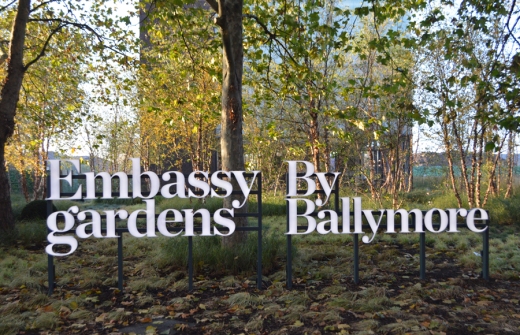 Unless you’re experiencing a news blackout or enjoying an extended break on Vamizi Island, you’ll no doubt be aware of a rather large reimagining of real estate between Battersea and Vauxhall. Largest in the UK, no less. It’s here that Ballymore Group has launched its stars-and-stripes flagship scheme. Embassy Gardens is bang next door to the US Embassy, heading that way in 2017. 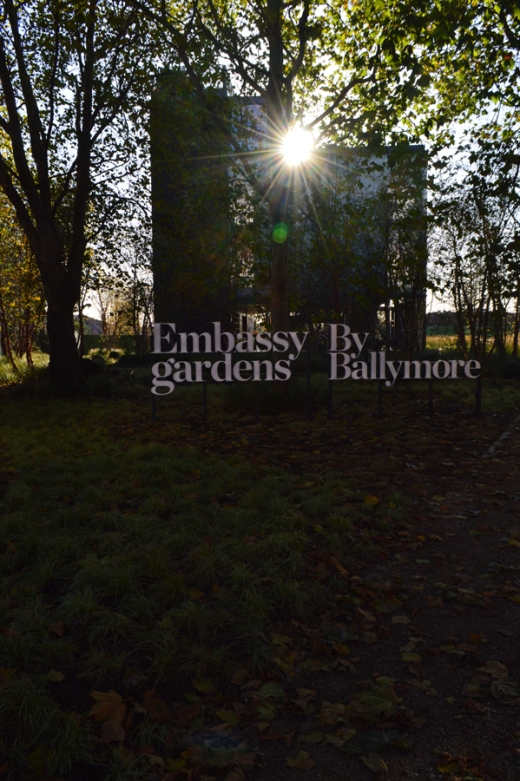 The marketing imagery is mind blowing. This – almost – abandoned stretch of the Thames until now mostly known for dodgy nightclubs will soon be populated by swathes of apartments, a hotel, Linear Park and best of all a brasserie from the guys who brought us Bunga Bunga (sing for your supper). Rebranded Nine Elms on the South Bank, it’s masterplanned by Sir Terry Farrell. He calls it “London’s third city”. 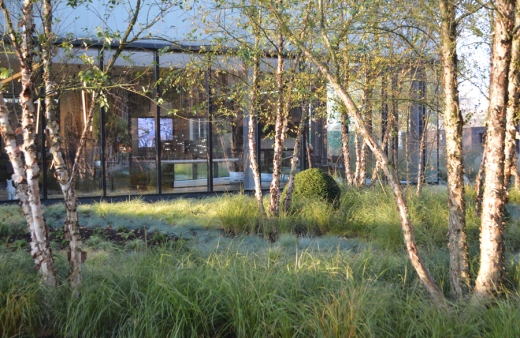 Embassy Gardens is one of the biggest pieces in this regeneration jigsaw. Key player Ballymore will deliver nearly 2,000 homes including “luxury suites” to borrow the sales speak. Founder, Chairman and CEO Sean Mulryan says, “For nearly 30 years, Ballymore has been responsible for some of the best known and most ground breaking developments in London… with Embassy Gardens we have continued to set new standards. We believe that a marketing suite should truly reflect the vision of the neighbourhood. The marketing suite at Embassy Gardens is not only architecturally striking from the exterior but its interior captures the distinctive design and aesthetic of our apartments.” 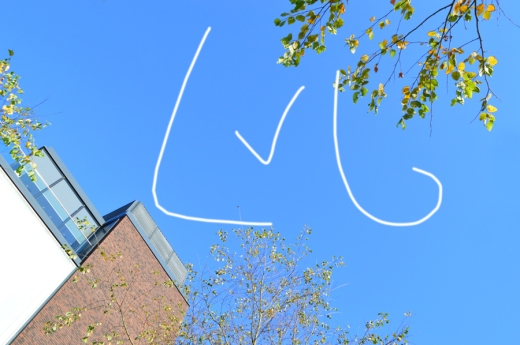 Branding and marketing are more than pictures and conversations. Punters want to experience upfront what it’ll be like to live in a new scheme. Gone with the wind are the days when show flats resembled a Changing Rooms episode stuck in a first phase surrounded by diggers. Well, in London anyway. Embassy Gardens’ marketing suite – or should that be show building? – is a destination in itself. Big names add credit(s) to its kudos. Architecture by Arup Associates. Interiors by Woods Bagot. Gardens by Camlins. Review by Lavender’s Blue. 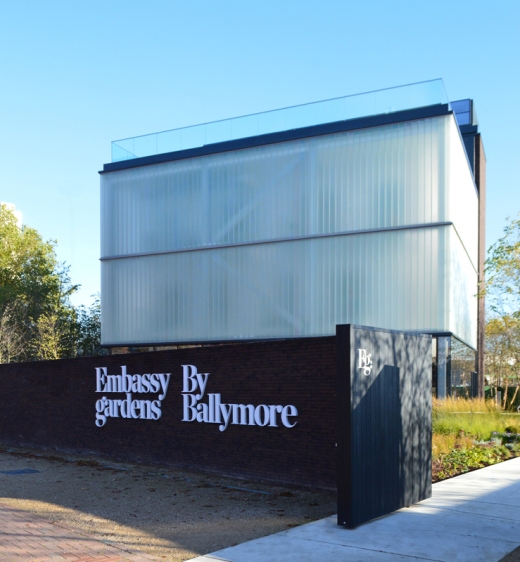 Three sides of an enigmatic opaque glass box hover over the clear glazed walls of the ground floor exhibition space. Translucency and transparency; concealment and legibility. Its august angularity acts as a striking riposte to the zigzagging ziggurats down the river. The box contains two floors of show apartments. Their floorplates are set back from the building envelope to accommodate balconies which project like open drawers into a void over the main entrance. This allows for sectional brochure photographs which otherwise would be entirely impossible to capture.

Woods Bagot has taken branding to a whole new level. Let’s hear from John Nordon, Design Intelligence Leader: “We set out to create beautiful spaces that any architect would be proud of. But it was equally important that the project was a commercial success to our client. To achieve this, we integrated the design process with brand marketing and sales. We want people to be sold on the Embassy Gardens brand first and foremost. The brand values will provide reassurance regardless of the budget and needs of the buyer. This strategy is the norm in the world of consumer goods companies but is new to residential redevelopment.” 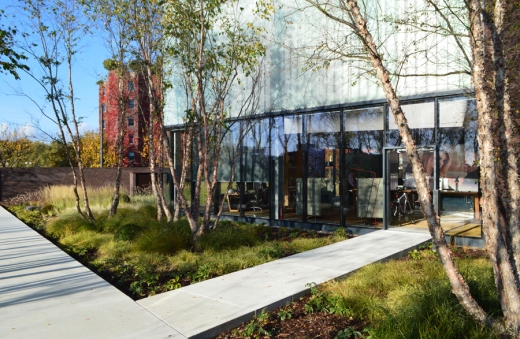 He believes with the advent of the wireless era, domestic design technology infrastructure is redundant. Instead Woods Bagot has created space for hardware such as laptops and tablets to blend effortlessly into the interiors. “The aesthetic is inspired by, but does not mimic, classic 1950s American design,” says Jonathan Clarke, Woods Bagot’s Head of Interiors in Europe. “Attention to details such as walnut veneers and ceramic door and drawer handles reinforces the sense of solidity and good taste.” Palm Springs springs to mind. Anyone for Malibu? We do get around a lot but were seriously impressed by these show apartments. Great use of ceramic tiles too: vertically oriented running bond pattern in the bathroom and a wallful in the living area.

Not only can the inside of the apartments be experienced before Embassy Gardens is even up to plinth height; so can the view. The third floor of the marketing suite opens from a Philip Johnsonesque pavilion onto a roof terrace. Flowing by, the Thames makes its way from Chelsea Bridge to Vauxhall Bridge. So current. The terrace was the setting for the picnic themed launch of the Linear Park. Ginger beer, baskets of sandwiches and boiled sweets at the ready. Enid Blyton eat your heart out. 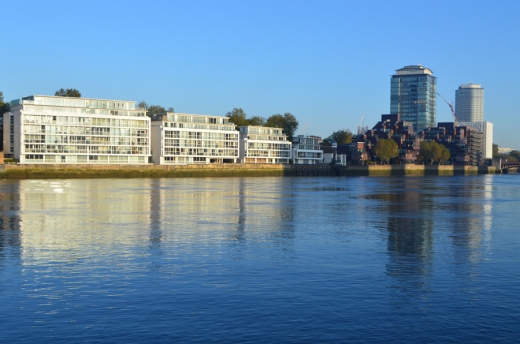 Camlins’ meadow garden wraps around the marketing suite, giving a foretaste of what’s to come. Linear Park will incorporate “open green commons as well as enclosed garden squares and majestic tree lined streets” confirms Huw Morgan, Director of Camlins. The contrast with the building is palpable. Control and informality; a great architect and the Great Architect. A marketing suite by default is a meanwhile use. This one should be kept and not just for Christmas. From all at Lavender’s Blue have a good one. And from Camilla. 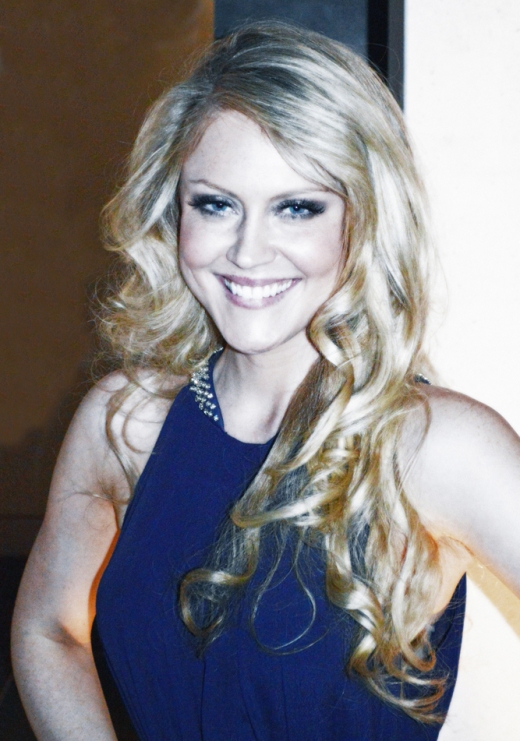 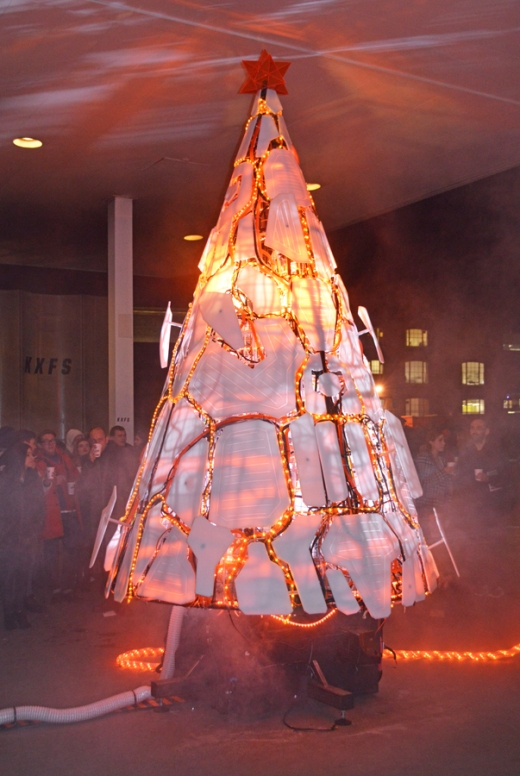