Griege. It’s the oligarch agent’s choice of colour from Belsize Park to Belgrave Square. Ban it. Griege is dull. Safe. Predictable. Life should be black and white with a dash of colour provided by Lavender’s Blue. So it was with a huge sense of relief as we gingerly – ever the shrinking violets – arrived at the Grosvenor House Apartments penthouse party.

Wow! Monochrome hasn’t looked this good since Anouska Hempel styled her eponymous hotel in Amsterdam. Entering the penthouse, via a high speed private lift of course, was like being inserted into a CGI. Writer and broadcaster and general bon viveur Lady Lucinda Lambton recently regaled us with her story of Monkton House, a Sir Edwin Lutyens building transformed by Edward Jones into the 1930s Surrealist style. 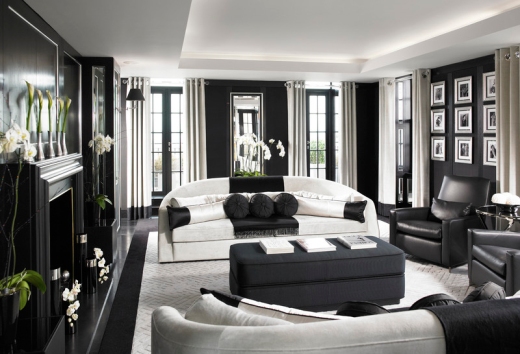 Exactly 90 years since construction was completed on Grosvenor House, another Lutyens building, it too has been transformed. This time into reverse hyperrealism (think about it and then catch up). The penthouse interior is undeniably second decade 21st century. It is defined and refined by rows of black framed neo Georgian sash windows and French doors which encircle the rooms like silent sentinels surveying the controlled decoration. This definition and refinement suggest a computer still, a mise-en-scène for the 20 centimetre screen.

Turns out Anouska aka Lady Weinberg, Bond girl turned society gal turned Renaissance woman, actually was the interior designer. A renowned perfectionist, she recently told FT: “I’m a control freak. We do it my way unless you’ve got a better way… Every now and again one of the little people suggests an alternative way of doing things, I say, “You are brilliant, thank you!” And then Anouska does it her own way.

The excuse for the party, if one was needed, was the launch of Jumeirah Living’s At Home. This programme introduces residents to a different aspect of luxury London living each month. Canapés and cocktails by award winning chef Adam Byatt (moreish mussels and multi coloured macaroons), a private viewing of artist designer Mark Humphrey’s first solo show Art in Life and piano playing in the hallway promoted the programme with impressive aplomb. 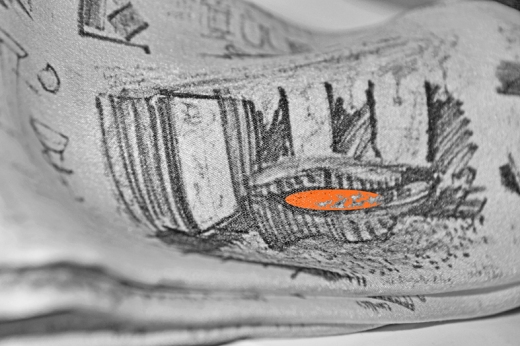 General Manager Astrid Bray declared, “We are delighted to host Mark Humphrey’s innovative collection Diamonds and Flames. He shows a true talent and his art perfectly complements our aesthetic. We feel Mark’s pieces, mixing classic skills of design with contemporary touches, will further set apart our hotel apartments. We’re combining the discretion of an exclusive Mayfair residence with a more private form of luxury and an immediate sense of home. We’ve people staying three days or a whole year. We’ve all of those!” 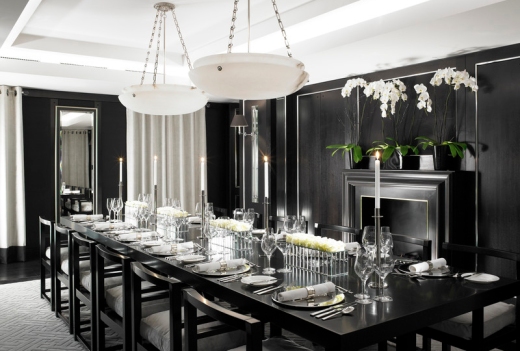 Precisely nine decades later, General Editor of the Survey of London Hermione Hobhouse’s words have turned full circle: “The Grosvenor House of the Dukes of Westminster has become the Grosvenor House of innumerable misters.” Now it’s possible again to live like a duke. A 24 hour butler caters for nights in and an Aston Martin Rapide for days out. The aptly named Grosvenor is the largest penthouse. At 448 square metres it’s the size of a decent townhouse. 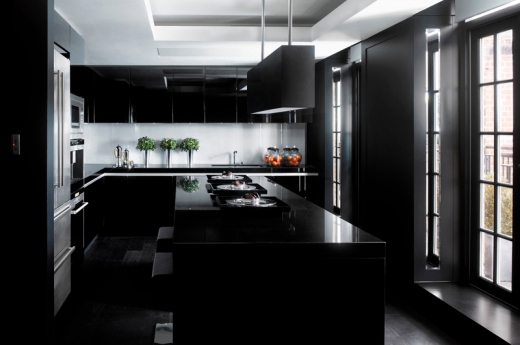 Grosvenor House greedily grabs two of Mayfair’s golden addresses, Mount Street and Park Lane. A corner site, its terraces benefit from sweeping views across Hyde Park. If residents care to leave the privacy of their apartments, they can lounge in the second floor atrium. Thrillingly open seven storeys to the glass roof, the atrium is a cathedral to relaxation.

To paraphrase (or should that be plagiarise?) the hyperbolic alliterative Lucinda, the Grosvenor House Apartments positively bristle with the beautiful. They are a delight to be in and come up to sensational scratch. Jumeirah Living has proved itself to be a plum player in the field.